Until recently, the Big Bang was an explanation for the formation of the universe or a highly rated TV sitcom. The best explanation comes from a pint-size Dynamo that has enough variable speeds to make any sports car enthusiast jealous. Consider it a mechanized treat for the woman who has everything; everything except for a talented sex partner who can deliver the same orgasmic bliss. 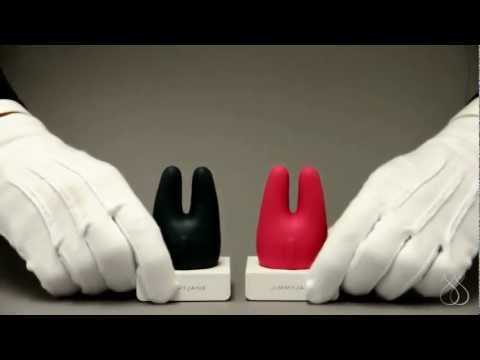 This is a ﬁrst-hand account– more of an observation–regarding its use and effectiveness in and around sensitive areas below the border. Last week, my friend purchased, then used it. It should be noted that her usage was extensive as were the surprising results.

Whenever the batteries ran down she was on the Bridge of the Starship Enterprise, calling: “Ah, Scotty I’m about to enter the Forbidden Zone. I’m gonna need more power!” After declaring bankruptcy over a checking account that was on life support, she make a leap of faith to AC (electrical) power. When the street corner, battery sellin’ cop-man found out she had cut him out of his monthly money, he cried for days.

Soon she got the courage to walk bow-legged, one arm longer than the other, to the local JimmyJane retailer. Now she’s all charged-up ready to enjoy hour after pleasure-ﬁlled hour with the water resistant ninth wonder of the world.

Did I mention that she gets over ﬁve hours of vaginal bed wetting on a single charge? And she doesn’t even need lube! Major!

It has a rubberized feel, an unusual two-prong shape, with variable speeds of vibration. It is that shape that adds to the uniqueness of the sensation. On the side are the easy to reach controls. Like anything else, too much and too frequent electrical stimulation will tend to diminish the want for human to human sexual interaction.

In other words, there’s no way a skilled tongue, or ten dancing ﬁngers–no matter how talented–can keep up with JimmyJane in any of its production forms.

But if the person can resist using it to excess–and what constitutes ‘excess’ when we’re talking orgasms?–there is still room on the mattress for the (possibly not always) signiﬁcant other.

Back during my days in retail, the rule was always “bury the price”. Downplay it. Verbally touch on the features, the convenience, the portability– anything but the cost. That’s the cashier’s job. I had an uncle who told me, “Anything that comes easy isn’t worth having. Anything with such high pleasing results easily validates its price.

It’s one thing to hear the explanation; it’s another to try it for yourself–for about one hundred and ﬁfty bucks.

What’s the best pocket pussy for less than $20?